We explore the food, landscape and history of Noto

A part of Sicily that encompasses the high-octane energy cities of Catania, Syracuse and Noto to the dainty towns of Ragusa Ibla and Scicli, the Val di Noto’s unrelenting architectural masterpieces can be found at every inch of this rather beautiful corner of Sicily. An area which has seen the invasions of the Arabs, Normans, Greeks, Borbouns, Romans and Byzantines, the fascinating history runs deep in this part of the island. But what connects them all is that they all share a Sicilian baroque blueprint. Most of the Val di Noto was damaged by the earthquake in the late 17th century. The cluster of towns were rebuilt and endowed with central piazzas anchored by honey hued churches and tiers of Corinthian columns. The results are astonishing.
Yet, with so much historical importance placed on this part of the island, it’s rather remarkable that the Val di Noto still feels alive. From the steps of the Noto Cathedral which are routinely used as a meeting place for young Sicilians, to the women who sell fresh blood oranges at the daily market on Syracuse’s offshoot island of Ortygia, the Val di Noto is vibrant and atmospheric.

Known as the capital of the holy trinity of baroque towns, Noto is the jewel of eastern Sicily. Sun-drenched honeycombed apartments, decaying palazzi and grand piazzas where men elegantly lounge in the morning heat create a kind of formal perfection. There is something about the slow tempo pace of life here that makes the air extremely sweet. But really the city is to be enjoyed at dusk. The burning ochre light which delicately caresses the 18th century architectural masterpieces is particularly hypnotic. The air becomes filled with young people chatting over cool granitas and sweet ice creams.

In 866, Noto was conquered by the Muslims who elevated and endowed the city as the capital of the Val di Noto district. In 1091, Sicily fell to the Christians and later Noto became a rich city under Norman rule. But it was the terrible earthquake of 1693 that became a turning point in Noto’s history. The cataclysm completely destroyed Noto and the city became a blank canvas for artists and architects, many of whom were studying the baroque style in Rome. Suddenly, the city became a playground for imagination and creativity. Under the supervision of the Duke of Camastra, the Spanish Viceroy’s right-hand man, three architects, Labisi, Sinatra and Gagliardi, set to work and re-built a city that became the apotheosis of Sicilian baroque. The principal building material used was local compacted limestone, a substance that absorbs the sun’s aureate rays and transforms them into a soft glow at sunset. They created a linear, perfectly proportioned urban centre with parallel lines. The town was divided into three parts by three roads running from east to west, thus ensuring constant attention from the sun. At the top lived the nobility, in the middle the men of the clergy, and at the bottom the ‘ordinary’ mass people. Now, Noto is part of the UNESCO World Heritage Site, deeming it as place of extraordinary excellence.

Upon entering the historical heart of the city along the Corso Vittorio Emanuele you start to become more and more familiar with the main sites: Monastero del Santissimo Salvatore, Palazzo Ducezio, the Cathedral in Piazza Municipio and Church of San Francesco all’Immacolata – one more perfect than the other. About halfway along Corso Vittorio Emanuele is Piazza Municipio. To the north, sitting in stately pomp at the head of Paolo Labisi’s monumental staircase is the Basilica Cattedrale di San Nicolò. Designed by Vincenzo Sinatra the cathedral is the emblem of Noto. The pièce de resistance had to undergo extensive renovation after its dome collapsed during a thunderstorm in 1996. When it reopened in 2007, the dome, with its peachy glow, is once again the focal point of Noto’s skyline. It is now used as a town hall. To the left (west) is Palazzo Landolina, once home to the powerful Sant’Alfano family. Across the street is Palazzo Ducezio with its graceful arches.

Putting architecture to one side, anyone who travels to this corner of Italy should leave with a dessert induced coma. Food is such a visceral part of travelling and gives a greater understanding of the culture and the land. Sicily is an island with a sweet tooth and nowhere is sweeter than Noto. Café Sicilia, which is now in its fourth generation, has become a destination in its own right, partly due of course to the Netflix episode of Chef’s Table, but mostly due to the fact that they hold a reputation of being the best pasticceria on the island. The unassuming café doesn’t look like much from the outside, but people travel from all over Italy for their almond-milk ice cream. The chef, Corado Assenza, has his own almond grove, he is the maestro of almonds, ricotta and citrus.

The base for our stay: Part of the Aeroviaggi collection, we chose to base our stay for our Val Di Noto tour at Borgo Rio Favara Village, about 30 minutes by car from Noto. Located at the southernmost tip of Sicily, this four-star hotel offers bright and airy rooms with all the comforts one expects, a swimming pool, tennis court, football pitch, a children’s club and a beach within walking distance with it’s own private area for guests of the hotel. The hotel is made up of 148 rooms divided into Mediterranean style houses- making it an ideal base for families. 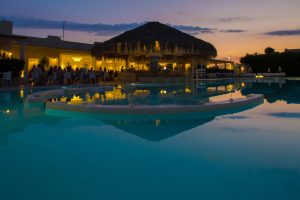 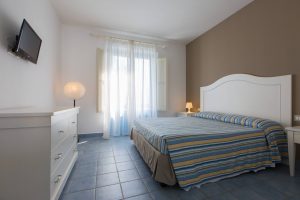 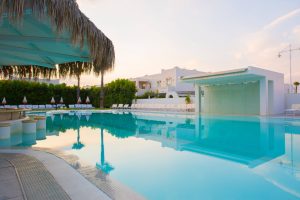 How to get there:

Noto is easily accessible from Catania or Comiso airport. From London, direct daily flights are available from Gatwick and 4 weekly from Luton airport to Catania. The drive is approximately 1 hour 10 minutes. Comiso is about an 1 hour 20 minutes drive to Noto with AlItalia via Milan or Rome

Where Will The Aviation Industry be in 12 Months Time?

Tour of the Val di Noto. Part II: The Castles of Ragusa
Scroll to top