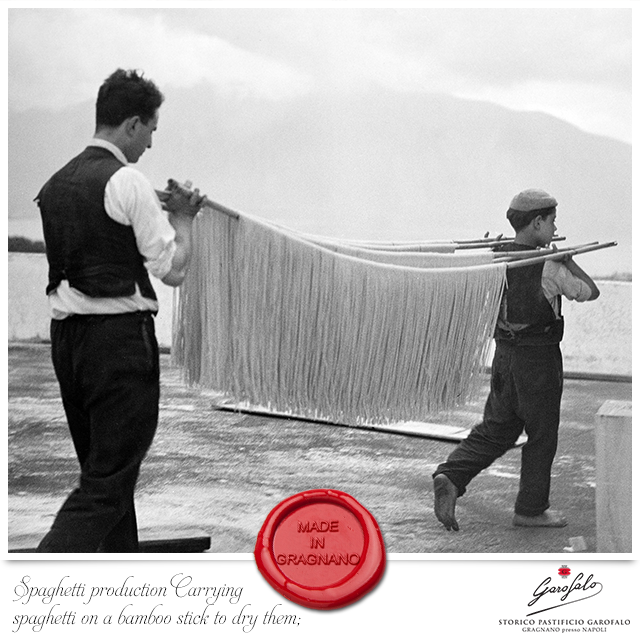 A tribute to the town and its heritage 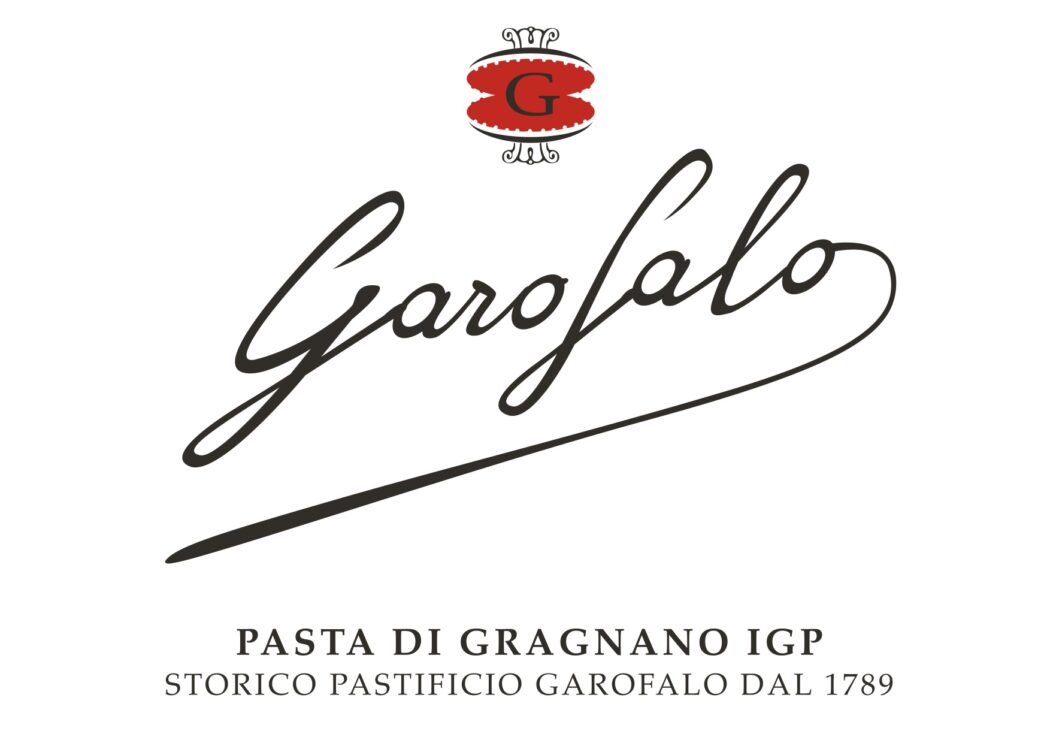 There is a reason why Italy has attracted people for centuries. The people and their stories, the respect for food, ingredients and the land, the theatrical scenery and the overall balmy atmosphere are an intoxicating combination. With one simple and staple ingredient, we were able to unlock a history of storytelling, heritage, food and culture. In Italy, everything has a story to tell.

Gragnano which sits 30 kilometres south of Naples, is located between Monti Lattari and the Amalfi Coast. With less than 30,000 inhabitants, the sleepy town has one very important and unique legacy: it is the birthplace of dried pasta. Enclosed high up in the mountains, Gragnano benefits from the humidity of the sea breeze, ideal for the slow process of drying pasta in the streets which along with the presence of the mills that ground the wheat with fresh spring water from Monti Lattari, enables the town to be the perfect location for dry pasta. In 2013 Gragnano pasta earned the title of Protected Geographical Indication (PGI) by the European Union to promote and protect agricultural production. In other words, to receive PGI status, the entire product must be made from the designated area.

Pasta was historically established in the 1700’s and subsequently Gragnano became famous for producing macaroni or ‘white gold’ as it is affectionally known as by the locals. In the past, every household produced its own pasta, a tradition which was perfected and passed down generation after generation. Back then of course, preservatives didn’t exist, so pasta depended on the slow process of drying which became an art in itself. By the 19th century, Gragnano pasta was so popular that the town started building more and more factories to keep up with the demand which guaranteed clean streets since they couldn’t afford the pasta to be contaminated. The heritage of Gragnano became a unique source of economic abundance thanks to the millions of immigrants who fled to America at the turn of the century. The pasta features low levels of minerals which meant that it didn’t modify the taste on its six-week journey by ship to the United States.

Today, only a handful of entities from Gragnano make pasta and one of them is Garofalo PGI which is the most popular thanks to its world-wide distribution. Established in 1789; one of the oldest in the industry, Garofalo pasta has become synonymous with Italian excellence. In the 18th century and with a Royal Decree under his belt given to him by Ferdinand IV, Michele Garofalo obtained the exclusive concession for the production of pasta by virtue of the fact that it was made with an excellent degree of quality. Pasta has certainly evolved during the years and we have come a long way from the narrow-cobbled streets that were filled with pasta hanging out to dry, but nevertheless since 1789 Garofalo has remained a benchmark of excellence. 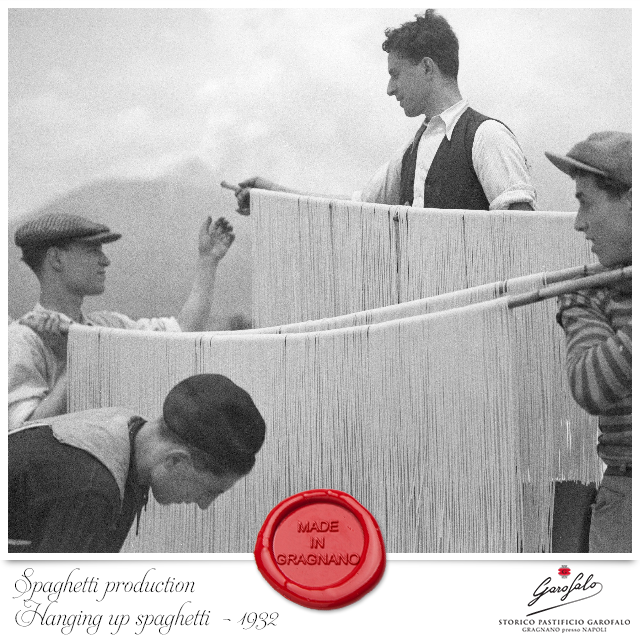 Keeping within the gastronomic tradition, Gragnano is also famous for its production of Provolone del Monaco DOP. This cheese has been produced since the 8th century and is still made using the original recipe. Hung to dry in a wine cellar for 4-18 months, Provolone del Monaco is one of the main ingredients of the famed Spaghetti alla Nerano. Made with just fried zucchini and Provolone del Monaco, it is a dish that was created in the 1950s which according to legend was invented by restaurateur Maria Grazia in the bay of Nerano, 35 kilometres from Gragnano. A dish that bewitched two famous actors from Naples, Eduardo de Filippo and Totò, it instantly became a favourite for them when they sought refuge on the Amalfi Coast.

Like the poets who travelled to Naples, Pompeii and Amalfi during the Grand Tour, a visit to Gragnano wouldn’t be complete without exploring the neighbouring cities on the town’s doorstep. The Amalfi Coast has understandably lured the most decadent stars of the world; Sophia Loren, Gina Lollobrigida, and Jackie Kennedy have all inaugurated the coastal stretch of Positano, Amalfi and Ravello and the islands of Capri and Ischia. Such places are dripping in glamour, thanks to the sun drenched and pastel coloured houses, the sweet air perfumed with citrus lemon and the dramatic scenery. The colours, tastes and textures are all infectious and it’s no wonder that this stretch of Italy has stolen the show for so long. The Amalfi Coast is an intriguing juxtaposition, on the one side you have the super-yachts, celebrity playgrounds and expensive 5-star hotels and on the other side lies a simpler reality. Indigenous farmers in quaint villages cultivate the land, make cheese and still live like Southern Italians did some 50 years ago. But in this part of Italy, respect for the land, nature and ingredients are concrete no matter what side you are on which is why such attractions to the Amalfi Coast remain absolute. Brave the journey and explore the coastline by car to see for yourself the shimmering Mediterranean Sea and the perfectly perched hilltop towns. 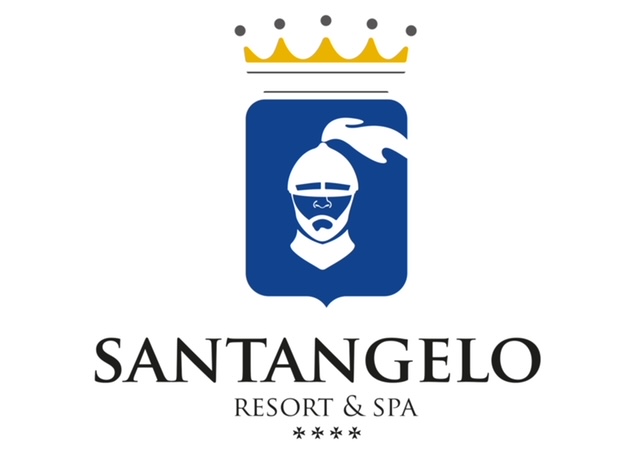 Completely immersed in the Monti Lattari Regional Park and the rolling hilltops of Pimonte sits Sant’Angelo Resort & Spa, just a ten-minute car journey from Gragnano. Ideal for relaxing and surrounding yourself in nature, Sant’Angelo Resort & Spa is the perfect respite from the somewhat chaotic nearby cities. The hotel is a few kilometres from the archaeological sites of Pompeii and Herculaneum and halfway between the Sorrento Peninsula and the Amalfi Coast. Complete with 90 spacious and bright rooms, the resort also has a spa for personalised beauty treatments using natural and oil-based ingredients. The hotel holds sustainability and eco-friendliness close to its heart and has led the team to create a green project. From the reorganisation of the structure with the installation of solar panels to a station for charging electric cars, Sant’Angelo Resort & Spa emphasises the important of environmental harmony and balance. The culinary tradition of Campania is brought elegantly to life by chef Aniello Cascone at the hotel’s I Poeti restaurant using of course, locally sourced ingredients all of which you can enjoy on the Vesuvio terrace whilst admiring the sunset over the Gulf of Naples. 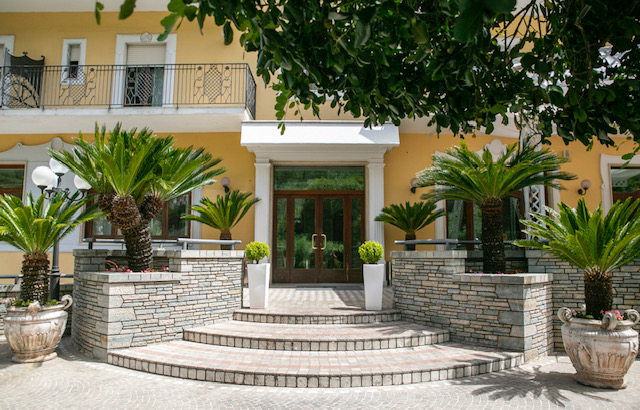 With the difficulty that lies ahead with travelling at the moment, we wanted to take a moment and marvel at some unique stories. You can see the people of this region have an undying love and respect for the land. For them there is no gap between farm and table.

Gragnano is approximately 40 minutes by car from Naples airport. Daily flights operate from London airports with British Airways, Alitalia, Ryanair and EasyJet although we would recommend checking with the airline company for their scheduled flights.

Looking Beyond the Abyss – Tarry on the current aviation scenario

The Future of Air Travel: Aviation 2021
Scroll to top